Although it hasn’t been confirmed by either club yet, Tahith Chong is set to leave Feyenoord this summer to join Premier League giants Manchester United.

Speaking to Elf Voetbal magazine, the 16-year-old has stated that he wanted to remain in Rotterdam, but the club had no plan for him which led him to decide on an exit.

Chong said, “It was my intention to stay at Feyenoord, but no plan was made for me. When I announced that I wanted to leave, they made a plan. That was too late.”

On his move to Manchester United, Chong said the club gave him a better feeling than the likes of Arsenal, Chelsea or Manchester City.

He added, “At Manchester United I had a better feeling. You can feel immediately when you walk in a club. “
Click to expand...

Looks an exciting player, looking forward to watching him next season

Dutch have very high hopes for him, seen someone compare him to George Best! 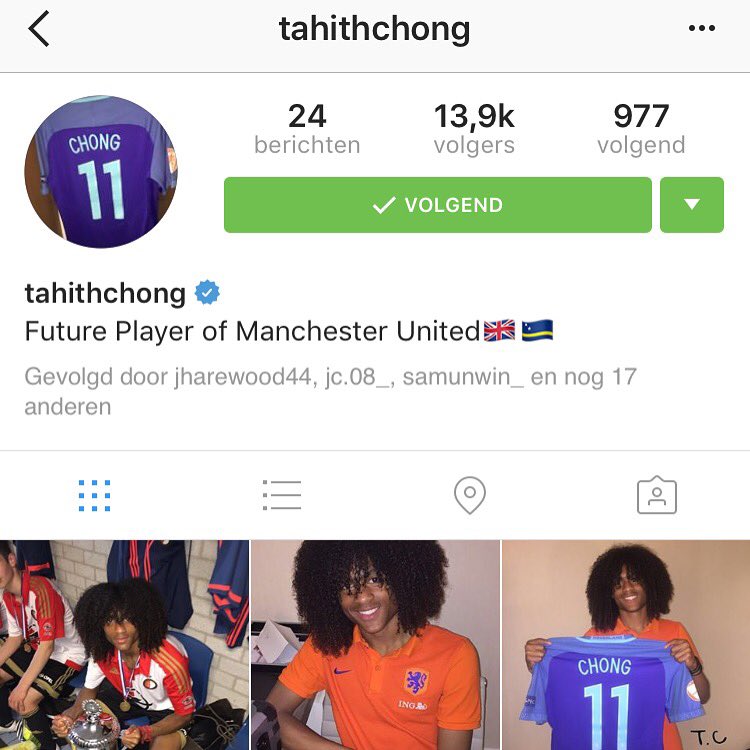 Won the best attacker trophy in the Otten Cup. 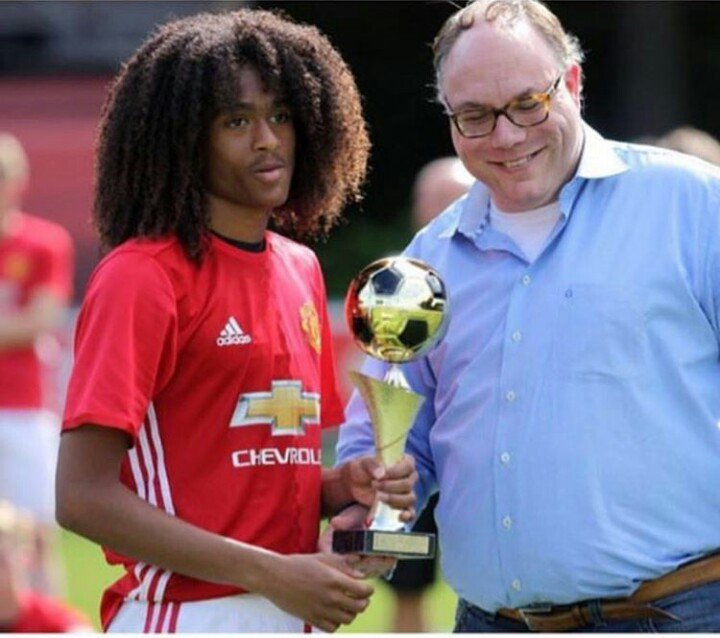 Chong has been named in the Netherlands U19s squad for the Euro qualifiers against Romania and San Marino.

Sideshow Bob said:
Chong has been named in the Netherlands U19s squad for the Euro qualifiers against Romania and San Marino.
Click to expand...

"Tahith has hit the ground running in his time here and I think he's just a fantastic professional. He has the right attitude to training and looks after himself really well off the pitch. He's really personable and good with the staff and players, which has helped him to settle in quickly. On the pitch, everyone has been excited by his performances; he's an eye-catching player. We'll just keep pushing him to add to that with an end product so he can add goals and assists, as he has been doing, and can have a bright future in the game."
Click to expand...

Feel sorry for the lad. Hope he comes back from this stronger.

Chong has looked great since his return from injury. I had worried that his fearless attacking nature would wain given his injury but he's back with aplomb. He took a heavy knock today for the under 18's against Liverpool, which led to a second yellow for the Liverpool player, but Chong has got back up, dusted himself off and straight back into his fearless runs. He clearly has a strong mentality which will really stand to him going forward.
B

Yeah he was relentless today
B

Looks like he has picked up a bad one tonight. Head or neck injury. Down for 6 minutes barely moving. Stretchered off with oxygen. Hope he is ok but it didn't look good.

Hopefully just precaution be gutting for him if he’s out for a long time having missed 10 months with his last injury.

Not bad to score on your reserves debut. He looks a real talent, his run on that replay was full of intent and his coolness in front of goal was also impressive. One to watch for sure. H

Sounds like he was the best player on the park. I don't get to watch anymore but week in week out for the past season and a half, goals against are blamed on defensive errors, defence coach needs a good shake!

So do we think we are going to get a chance to see this lad anytime soon? Same with Gomes?
B

I think there is more chance of seeing chong than Gomes tbh. He seems to have stepped up to u23s easier and has a better physique for it.i would like to see him in the squad and get bits of game time next season

Yeah I would agree with that. Chong looks like he could handle himself where as Gomes might get a little bullied right now. I would definitely like to see them both of them make it in the future but right now I think Chong has the attributes to make the step up earlier.

I think we might see a few academy kids on the bench for the final few games of the season so they might get a chance to come on depending on how those games go.

Next season I think they will look to get them playing games in the U23 league and maybe if they catch the eye in training get them in the squad for CL or league cup games. The U23's will likely be looking to get promoted back to the top U23 division after relegation so they might look to have a stronger U23 side next season compared to this season although Butt said recently even at U23 level results aren't what they really care about it's all about getting players ready for the first team and one of the reasons our team is weak this season is guys like McTominay & Rashford are playing first team football.

Chong & Gomes had a few injuries this season and competition is fierce in the attacking positions currently so it'll be tough for them to break into the first team next season.

If we could find the right clubs loan moves could be options as to be honest the U23 league is a joke because of the loan system the best U23 players aren't even playing in it so maybe getting them first team football somewhere would be good for them but I don't see the rush probably best they stick around next season then maybe look at loans the following year.

There really is no need to rush these things some players are ready at 16-17 like Rooney others aren't ready until they're 21 like Lingard.

So do we think we are going to get to see more of Chong in the first team this year? Personally... I think not but he does play a position where actually we could use options.

I think if we get an easy league cup draw he might get a game probably off the bench or if we get through with games to spare in CL.

Problem for him is Mourinho has to keep a big squad happy so it’s likely he might have to use those games to give a senior guy a start.

Chong will need injuries in the first team or a player like Martial to leave before the window closes.

Mata probably leaves next summer as his contract expires and lingard isn’t really a winger so there’s a chance for him to break in but more likely next season I think.