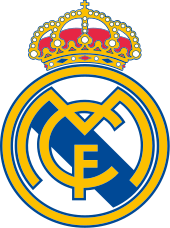 I assume we are much further into our pre season.

Let's hope Dave has a stinker

Probably be a half each for Romero and Pereira!

“We played with two back fours,” the boss said at his post-match press conference in Texas on Thursday night. “We played with one in the first half and one in the second half. It was just Antonio Valencia who played a bit more because he didn't play much in the match against Real Salt Lake.

"We played with two back fours and two goalkeepers. Against Real Madrid we will do the same. I don’t change my words because we win or because we lose. We are here to train and to give everybody time.

“In this game [against Manchester City] we played Eric Bailly with Phil Jones, and Chris Smalling with Victor Lindelof. The next game with Real Madrid I will change. I will play Lindelof with another one, and Bailly with another one. Everything is going okay for us."

Speaking at the pre-match press conference in San Jose on Saturday afternoon, the boss gave a further update on his plans: "The players are getting their form step by step," he told reporters.

"Tomorrow is a test, that is probably the right word, but I prefer to say an experience for us as a team and for players that didn't play much in the last match. I am going to play Tim Fosu-Mensah, Axel, Darmian, Mitchell, I am going to play other players and give rest to some players. Pre-season is not for accumulation. Some of them played 90 minutes or 75 minutes against City, so now is a time for others."
Click to expand...

That assist from Martial! Wow.