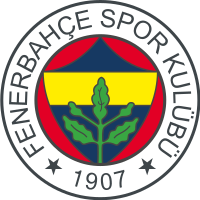 I must be losing it. I have been talking all morning about playing fenerbache.

It is Fenerbahce. Your sanity can be restored.

A few changes to rest people up for Chelsea. Think we'll spank 'em!

boothstownred said:
I must be losing it. I have been talking all morning about playing fenerbache.
Click to expand...

SuperRash said:
It is Fenerbahce. Your sanity can be restored.
Click to expand...

Too late I have been committed

boothstownred said:
Too late I have been committed
Click to expand...

Eren Derdiyok is the one to watch. He has 5 goals in 8 appearances this season.

Jose Mourinho is closer to fielding Henrikh Mkhitaryan for only the sixth time in a competitive match after reporting Manchester United's first Armenian star is now fit and training well.

Mkhitaryan has been unavailable since making his solitary start for the Reds in the Manchester City match at Old Trafford - prior to that, he had come on as a substitute in the Community Shield triumph against Leicester City and opening three Premier League victories over Bournemouth, Southampton and Hull City.

When asked at his pre-match press conference if Henrikh could return in Thursday's Europa League clash at home to Fenerbahce, the United manager replied:

"He’s training with the team without any limitation. I cannot confirm if he’s [ready] for tomorrow or not, but he’s fit and it’s now time for him to go back to the levels we know that he can achieve."

Mkhitaryan's stunted start to life at United contrasts with the progress made by another attacking acquisition who arrived in the summer, Zlatan Ibrahimovic. The Swede has played in all of the Reds' 12 matches so far this season and has scored six goals, including the winner in the previous European game against Zorya Luhansk.

“He’s giving us exactly what we need from him, what we expect from him," said Mourinho.

"I’m really happy. It’s quite beautiful for me to meet him, I don’t know, five or six years later [after our time together at Inter Milan], and see the same ambition, passion and desire to play and compete.

While Ibrahimovic is a likely starter against Fenerbahce, Luke Shaw is a certainty after the left-back joined his boss in speaking to the media on Wednesday afternoon. Answering a question on whether Wayne Rooney would be involved, the manager said:

"I don’t want to give you the team, honestly. Sometimes I do, sometimes I give some tips, but this time Luke Shaw, he plays. I only bring the players [to the press conference] that are going to start. But he’s the only one I will tell you.

"Wayne is working well, he’s one of those who is responsible for the atmosphere that the players can breathe because he’s positive, he’s a good example. We count on him to start or be on the bench. He will be there tomorrow.”
Click to expand...

I thought that skimmed just outside the net.

Great pass by Mata to Martial.