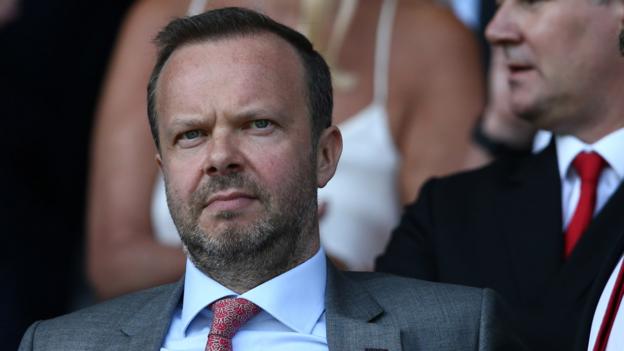 Manchester United will turn their attention to appointing a technical director now that the summer transfer window is complete.

Pretty embarrassing really that the club put something like this out there the day after the window shuts it was exactly this time last year after a disaster of a window that they said they were looking for this role and in 12 months they haven't found someone.

We're all being conned by this talk they'll never appoint a technical director as these owners want full control and without Fergie around they've got it.

Someone has got to get a proper grip on this thing this club is big enough and strong enough to compete for titles and make money it can be win win if we get it setup properly.

How can you look for a TD while the window is open, no business would get done. This makes sense to me.
R

Mr C said:
How can you look for a TD while the window is open, no business would get done. This makes sense to me.
Click to expand...

What would have made sense would have been to get someone after last year's awful transfer window.

Mr C said:
How can you look for a TD while the window is open, no business would get done. This makes sense to me.
Click to expand...

We said we’d get one in September last year so we had 6 months to get one in before March.

Arsenal appointed theirs in July, Chelsea, PSG, Roma, Sevilla all in May. The point is even if the new person had no real influence over this summer they should be in place by now.

The point it one was required under LVG, it was required under Mourinho (both suggested the club get one) and it was definitely needed under Ole. If we’d had one sorted out by March the club might not have panicked into appointing Ole which was a very rash decision.

If the club are serious about getting one then one should be in place by November stop messing about and get it done.

Even if we do appoint one I don't believe for a second that that they will be allowed to perform the role of a typical TD/DoF/whatever they'll call it. I can't see Woodward handing over even some of that control he has.

I know people were upset we didn't bring more players in this summer but the bigger disappointment is the lack of activity going out. The squad is massive and so is the wage bill, full of players on inflated wages that we can't shift and until we trim the squad and the wage bill down it's going to be hard to bring anyone in.

Going off the squad list below of 28 players (which doesn't include the 4 youngsters who went on pre-season tour), we have 1 left back, 7 centre backs, 5 right backs (included TFM here), 5 centre mids, 2 attacking mids in Lingard and Mata and then a group of 4 attackers of which none prefer to play on the right. Need to cut 2 or 3 centre backs and 2 or 3 right backs.

28 players without even including the 4 youngsters is ridiculous. That needs cutting down to a smaller but higher quality squad rather than an overfilled squad of mostly squad players. I think we need to cut 10 (maybe more) from the below and replace them with 4 high quality players. 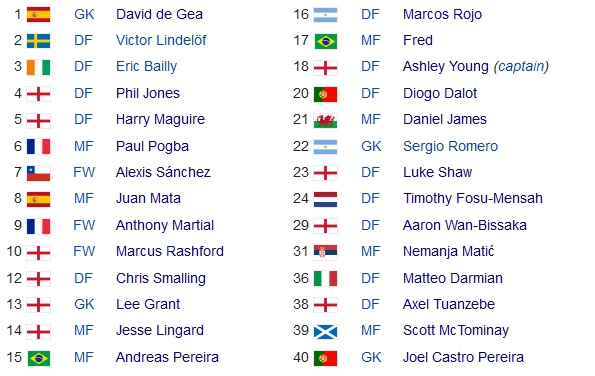 That’s the point a technical directors job is as much about getting guys out as it is getting them in.

I’m hoping with European windows still open a few more will leave either permanently or on loan.