Murray wins doubles title with Felianco Lopez on his return from hip surgery. All the goodbye montages in the Australian Open appears a little premature now.

Yeah he said at Australia though he hoped it wasn’t the end.

Great return but he was carried a bit by his partner.

Murray has not said yet when he will return to singles. I think his recovery from the next three tournaments will help decide.

Murray will partner with Serena Williams in the mixed pairs. Surely favourites with that line up.

Sensational tennis from Federer and Nadal!

Murray will be playing in the singles next week at Cincinnati

Glad to see him returning to singles action. Hopefully an easy few workouts and get himself firing for next season.

Murray looses to Gasquet in two sets. Hard to judge how Murray will be going forward. Inconsistent but that is to be expected. To be honest I cannot see him challenging for another grand slam.

Murray loses again in the first round. Although, he did have s tricky opponent. 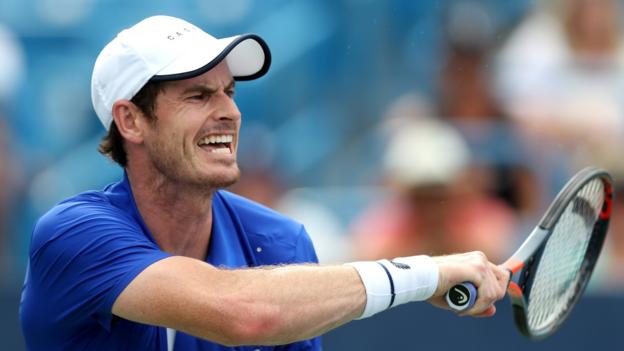 Andy Murray is still searching for his first singles win since hip surgery after losing 7-6 7-5 to Tennys Sandgren in the Winston-Salem Open first round.

Fair play to Murray on winning his first title on his comeback Andy Murray: Briton beats Stan Wawrinka to win first title since hip surgery
You must log in or register to reply here.