Possible 6 game ban for Silva after his tweet about Mendy.

Which I think it outrageous considering the 4 game ban Terry for on the pitch racism in anger.

seems a bit of shame, but in the current climate I understand it. You can't say it's ok I'm his mate. Either it's wrong or it's not.

Gone a bit far really
B

Once it goes out on social media it stops being private fun.

I don't think he'll actually get a 6 game ban I think it's more likely he'll get a 1-2 game ban (they have to be seen to be doing something) with the remaining 4-5 games suspended. The mistake that City have made here is trying to defend it which has only made it worse they should have put out a statement and just said they will be speaking to both players about it and dealing with the FA on the issue no further comment. Guardiola and then Sterling defending it in public just kept the story rolling for a few more days.

Silva I don't think intended to cause offence or harm whereas Terry & Suarez did which is why they got bans. I think he was making the sort of joke that I'm guessing him and Mendy make with each other all the time in private and they're cool with but when you put it out in public like he did on social media then you cannot defend it because it loses all context and promotion of any racial stereotype is racist.

I don't think silva is a stupid boy but he probably doesn't realise the full extent of what he did and how it would go down especially in the current climate where black people are feeling that racism is being legitimised again by certain groups. 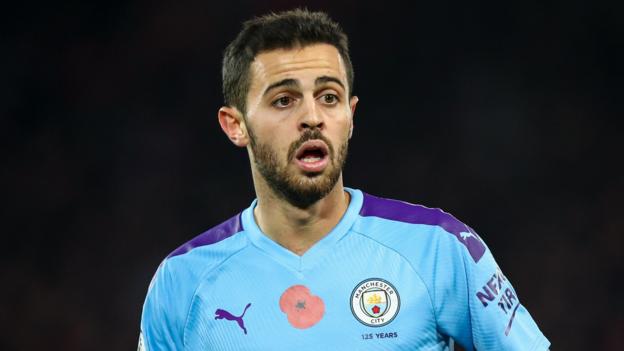 Manchester City forward Bernardo Silva is suspended for one first-team match and fined £50,000 for his tweet relating to team-mate Benjamin Mendy.

The panel decided that while the tweet was obviously racist it was not the players intention to be racist towards his team mate basically it's just a poorly thought out joke that you can probably make privately between friends but not publicly on twitter.

I do think he's lucky but I do think in this case the punishment is fair.
You must log in or register to reply here.