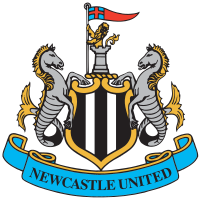 Another home game... I think Newcastle get a result here! I wouldn't say they'll definitely win but I think it'll be close and end a draw. 1-1?

Newcastle are a sadder state of affairs than us at the moment. The owner was laughing at their fans cos they were losing at the weekend.
R

IDFD said:
Newcastle are a sadder state of affairs than us at the moment. The owner was laughing at their fans cos they were losing at the weekend.
Click to expand...

Then that's exactly why they'll get a result bud.

We got to improve sometime, amirite?

Woah. We’ll be lucky if we have 5 shots
R

We got to improve sometime, amirite?
Click to expand...

I mean yes... But at this point I don't even want them to. It just delays the inevitable.

He's got to change that midfield get Fred or Periera in there in to give us some energy the 3 of Pogba/Fellaini/Matic is just to slow and while it worked for like 1 game vs Burnley who were garbage it hasn't really worked since.

Regardless of the result the manager should go after this game but we all know he won't the club just aren't going to sack him the only way he'd get sacked is if he lost it 4-0.

Lukaku very lucky to stay in but Rashford and Martial both play. They have a great chance to nail down their spots on the right and left.

McTominay sigh. Lukaku. Sigh. No full back on the bench if we get an injury.

Not quite sure what Jose sees in McTominay. Seems to be in the side to prove he does use youth.
B

He doesn't help himself sometimes does he.

He certainly doesn’t. McTominay and Fellaini are keeping out Fred who was bought to add more dynamism in our midfield. Sure Newcastle are absolute trash so should beat them but I really don’t understand Jose ignoring Fred.

Plus why do we need both McT and Matic in a home match against relegation cannon fodder? I despair.
R

IDFD said:
McTominay sigh. Lukaku. Sigh. No full back on the bench if we get an injury.
Click to expand...

It’s gotta be a 4-3-3 based on Rashford and Martial being in the side.
R

IDFD said:
It’s gotta be a 4-3-3 based on Rashford and Martial being in the side.
Click to expand...

You'd certainly like to think and hope so. But I thought Martial only played last week to make a point for Jose? That everyone had been asking for him so he played and then he pulled him to shreds after.

Well at least this week Sanchez has made the bench so we’ve sort of learned a lesson. I hope we see some incisive decision making if we go behind this week.

Where’s Dalot? Not made the last 2 squads but not listed as injured.

Can’t see why McTominay is starting ahead of Fred or Periera at home to a struggling team we are playing 2 centre mids who don’t really create with passing.
R

What the hell
R

Ashley Young turned so easily for both.

Honestly this team. Words can't describe. But I knew this would happen and that's why I put a tenner on Newcastle!
R

I remember during the Moyes season and honestly there was a lot of bad luck. I mean own goals and bad deflections. It got to the point where you had to laugh and I think there were even shots of Moyes doing so because it was quite incredible.

This is so abject. So poor. So lame.

I understand we need to go for it... But Bailly off? Jesus. So what's the formation now?

Think it was against Newcastle in the FA Cup Mourinho was 2-0 down and made 2 first half subs bringing off Duff and Bridge?

RichH2016 said:
I understand we need to go for it... But Bailly off? Jesus. So what's the formation now?
Click to expand...

McTominay at centre back. That’s it world, I’m off.
R

Oh my god McTominay at CB again? Jose really is a clown.

The defending from Young on both goals was pathetic attacker in the box and you let them turn that easily and get a clear shot it’s pathetic. I think he’s as done as Valencia.

Whatever happens here this guy has got to go.
R

Can anyone tell what change in formation has been made? Because I can't.

He hasn’t changed the formation at all. Just put Mata in McTominays position and McTominay ins Baillys position.