Got to be penalties this year, we do seem to have been given loads. I guess it might have something to do with the speed of our forwards.

21 penalties on the season. Not all have been scored though so Martial and Rashford are still out infront of Penalties.

I believe own goal finished second top scorer that season behind Rooney. Must have been 2012?

People moan about the amount of pens we’ve had this season but most of them aren’t questionable.

Thing is every single one of them has been checked by VAR and given so just one of those things.

We've got lots of players who like to run with the ball and attack the defenders.

Thought the one last night was a little bit soft but once it's given there's no way it gets over turned.
S

I remember watching a game once where their was 7 penalties. Never forget it.

Think we got the record at about 15.

Shoot said:
I remember watching a game once where their was 7 penalties. Never forget it.
Click to expand... 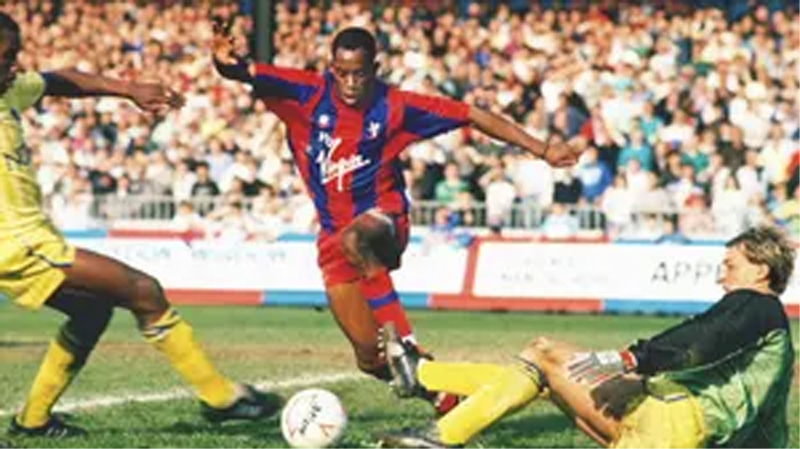 Five penalties in 27 minutes on the craziest of Easter Mondays

In this one Palace vs Brighton there were 5 in 27 minutes. With Palace missing 3 of them and winning the game 2-1.

jsp said:
Thing is every single one of them has been checked by VAR and given so just one of those things.
Click to expand...

Not sure that means much. The Bruno one against Villa (I think) was never a penalty. But there's been others we should have had.
S

I was thinking of this one Here's a clue

IDFD said:
Not sure that means much. The Bruno one against Villa (I think) was never a penalty. But there's been others we should have had.
Click to expand...

VAR doesn't work for pens though as once the ref makes his call you have to prove he's made an error so any "soft" decision will always go with the original decision. So you don't get soft pens that the ref doesn't give but any soft one he does give is very unlikely to be over turned last night is a great example of this once that Martial one is given if there's any contact the VAR isn't changing it.

It's only going to change an absolute howler of a decision the ones that are marginal are staying with the refs original call although next season that might change as the refs are being told they have to go and look on the monitor rather than rely on the VAR to make the call.

Yeah the Villa one was where he basically turned on the ball and ended up landing on the defender who had attempted a tackle.
You must log in or register to reply here.