No time to die

Well, not sure what to say about it just in case no one has seen it.

But it was kind of obvious due to events earlier in the film.

Can I discuss it, are people going to see it?

How does it compare to Casino Royale or Skyfall?

I think probably 3rd, maybe on a par with Skyfall. I didn't get bored in 2hr 40. Opening song was about 20 mins in

It's got some great stunts, beautiful locations, I like Lea Seydoux and she's really good in it. Ana de Armas has a strong if short role, and looks amazing. It closes the 5 films well.

As I said, some scenes telegraphed the end.

Ta. Probably will go to see it. I guess a big screen will do it justice.
R

Sweet Jesus. I was already out on the film and if its that long I'm definitely out.

Won’t say much about the film to avoid spoilers.

I saw it today. Discussion but no spoilers below.

I think it's the 2nd best in the Daniel Craig series (after Casino Royale). It's long. Has all the usual Bond hijinks. I am a fan of Fukunaga's work on True Detective but I didn't really sense any stylistic changes in this film that are markedly different from other Bond films. There was a lot of talk about Phoebe WB (from Fleabag fame) punching up the female characters, but again, I saw none of that reflected on screen. The new 007 was an odd choice. She had nothing going for her, she's really forgettable. Ana de Armas, though, holy smokes, she was on fire!

I'm wondering if people will view Rami Malek's previous work differently now, after seeing this. He is really hammy in this, he walks very stiffly with his neck rigid and doesn't blink in any talking scenes, it's very "look at me I'm acting!"

A lot of stunts, a lot of gunplay, less humor than in most Bond films. One or two quips from Bond. Having already seen the motorcycle scene, I was hoping for more incredible action. Bond has always been this master of every skill character, whether it's parkour or snowboarding or weapons or flying aircraft, he's just a total bad ass. I think the Bond series has been influenced by the Bourne and Mission Impossible knockoffs, so it's less spectacle and more "gritty" action. The older Bonds, like "Live and Let Die" or "Octopussy" (for example) had bigger set pieces. I think shifting to a more intimate, smaller scale action is better. 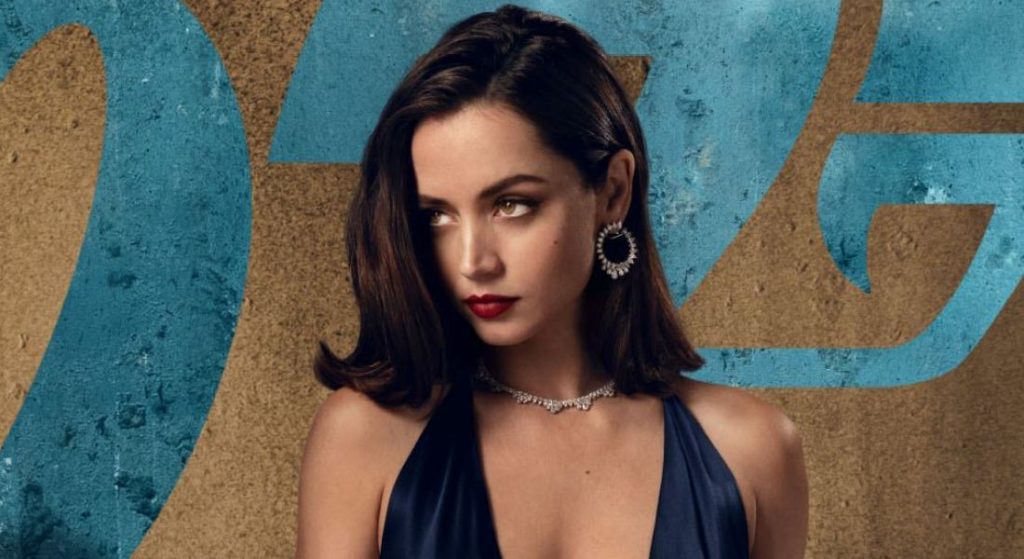 I think Léa Seydoux is gorgeous too.

My main problem was the age gap between Lea Seydoux and Remi Malek.

That wasn't really explained but don't want to say to much without giving away spoilers but we know he was poisoned as a young boy so he has become an adult.

Also, when he visits Vespa's grave are we really to believe she was only 23 when she died?

He didn't really age between the opening scene and the end though did he. I don't think it's giving much away (as her name is mentioned in the first few seconds) to say there must be 25 years between the two. They look a similar age.

Not that that matters in Bond.

Yeah that's kind of my point we assume 25-30 years needing to pass.

When they first meet we can assume she's about 5 and he must be at least 20 when they meet again she's in her 30's but he looks like he's in his 30's.

Yeah the age gap between bond and his lady friends is very questionable throughout the whole Bond series.

I think Léa Seydoux is gorgeous too.
Click to expand...

I guess the trailers we have here are different than the ones you guys got, because our trailers had that "bet you thought they retired the number" thing in it. Sorry if that was a spoiler.

The age gap between Craig and Seydoux is also weird. 17 years apart. Seydoux was good in her role but are there no actresses closer to Craig's age? (answer: yes, there are). Craig is 53 in this film, Seydoux is 35. It's not an inconceivable pairing but smacks of Hollywood's ageism problem.

Rami Malek is not a convincing actor. He looks to be smaller than Elijah Wood. I think seeing how good Waltz is as Blofeld really highlights the deficiencies in Malek's performance.

I thought the action sequences, or at least the many, many shootouts, were not done well. The action kept getting obscured, hard to tell who was getting shot from which angle because they kept jumping the action around. It's like the Paul Greengrass style, that I also don't like, where each bit of action is a quick snippet with quick cuts, as opposed to backing up a little bit and letting the action happen in frame without cutting.

I was expecting more from Cary Fukunaga, tbh. I thought True Detective (season 1) was brilliant, moody, dripping with drama. The Bond was just a Bond film. I feel it could have been directed by anybody, there was no signature style to his direction in this, the action being generic "action" editing being but one of the casualties. The motorcycle sequence was the best bit in the entire film.

Think the issue with the bond age gap is he’s been bond for 15 years but the timeline for his 5 films is probably half that so the age gap gets a bit weird.

jsp said:
Think the issue with the bond age gap is he’s been bond for 15 years but the timeline for his 5 films is probably half that so the age gap gets a bit weird.

But Bond likes them young he’s supposed to be in his 30s and never really age but his first love Vespa according to the film was 23 when she died
Click to expand...

I was going to write something about how Roger Moore was so much older when he was paired with Lynn-Holly Johnson, (For Your Eyes Only) but he was 54, the same age as Daniel Craig (+/- 1 year). Lynn-Holly Johnson was 22 though.
Share:
Facebook Twitter Reddit WhatsApp Email Share Link