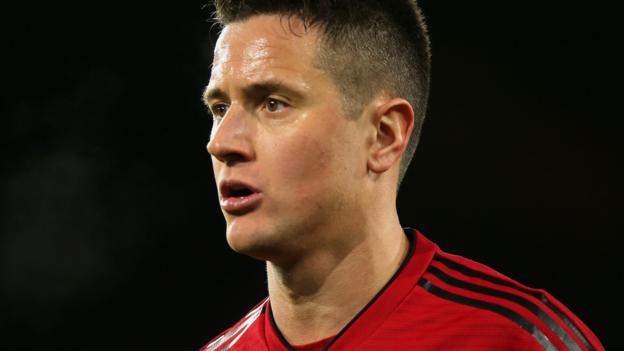 Ander Herrera is expected to leave Manchester United at the end of the season, having agreed a deal with Paris St-Germain.

Yesterday both BBC & the times followed up on the reports last week that this is a done deal.

Nothing has been 100% confirmed by Utd, Herrera or PSG but the story is coming out in more than one place which suggests it's done.

If the rumours of £200k a week are true then he has to take the offer as Utd just can't afford to match that for a player who is basically a borderline first team player.
B

Yeah looks like a done dealio and like @boothstownred said I like him but I he goes then we can replace him with better. He has always given 100% for us and has had a good season but this will force us to go out there and bring in top quality.

SuperRash said:
Yeah looks like a done dealio and like @boothstownred said I like him but I he goes then we can replace him with better. He has always given 100% for us and has had a good season but this will force us to go out there and bring in top quality.
Click to expand...

Well they spent £50m last season on a Herrera upgrade in Fred and look how that turned out.

Our record in the transfer market is shocking and even with another change in management I don't see it changing because I think it's something outside the managers control.

You do wonder if Utd will have to take the gamble on Rabiot if he's not signed with anyone but he'll be wanting inflated wages as well due to him being a bosman deal.

Unless we can find players with under valued release clauses this summer like every other summer will be a slog because teams will be asking for crazy prices for their players. Even worse I think the days of players being desperate to come to Utd for the prestige are over now they're now coming for the money.

130g a week he's going to get. Surely we could have paid that

I'm sure we could of but we don't know what goes on top of that for example might be £130k a week over 4 years but he might be getting a huge signing bonus because there's no transfer fee. There may be huge bonus clauses in the deal who knows. Might be that Utd only wanted to offer 3 years not 4.

Might just be that after 5 seasons under a few different managers he fancied a change he had some big games for Utd but did he ever feel like he was a starter? Maybe he just wants to win a league and playing well at PSG might get him more of a chance in the national team.

Given the contracts that have been dished out here in the last 12 months I doubt that weekly wage would be a problem but I'd say there's probably more going on top of that which has made it a much better deal than it looks on paper.

I like Herrera and losing him is something I'd rather wasn't happening in a summer when we've got a lot of work to do.
You must log in or register to reply here.