Always like to see them make tweaks to the format of Formula One... But this does seem like it could be quite confusing?!

Not keen, but I will wait to see how the changes work in practice.

I wasn't impressed by the new qualifying system.

Apparently it didn't work at all and there were no cars even on the track for the closing moments which just makes it a complete waste of time! Think they'll need to rethink their approach.

Happy that Hamilton is on pole though!

Qualifying has reverted to the system used in 2015.

I missed the race, but heard it was a good one.

Alonso is a lucky man. 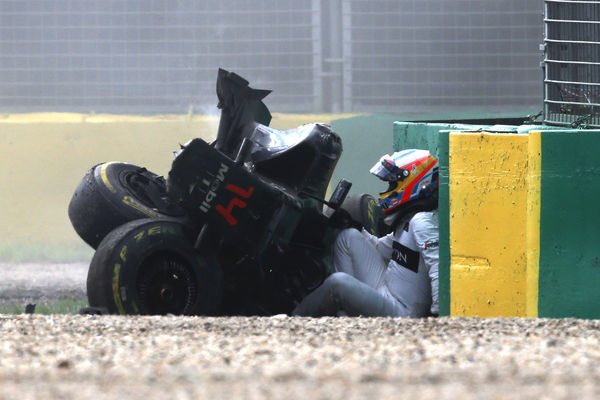 Hear Ferrari threw it away at the end?

Gutted that Rosberg won though. And I know it's only the first race but that's got to be a slight worry as that's a continuation from the last few races of last year. Coincidence? Maybe... I hope so.

Bloody gutted that Rosberg won again! Do not like the guy one bit. Needs others to make a mistake and then he'll control from the front. He's boring and not what you want to see as a spectator.

Five wins on the bounce for Rosberg.
R

Yeah that's really impressive... But the last 2 have required luck in my eyes. Last week Hamilton got off to an awful start but today that was pure luck that Hamilton got taken out and had to fight back. The better driver so far this season still looks to be Hamilton as he seems to be fighting the odds too.

Stroll in the park for Rosberg. Hamilton 7th.
R

Good fight back from Hamilton but it's already looking to be Rosberg's year. Early days I know but his form from the end of last season has carried on.

The Austrian Grand Prix was enjoyable.

He didn't even bother to turn in to the corner. He knew full well what he was doing and paid the ultimate but fair price. I hope he has to start from the back in the next race.

It would be a travesty to formula one if this prat wins the Championship.

Another really good performance from Lewis. Led from the start and was never in danger. Think he even managed the race to preserve the car.

I did yeah the other day though that due to the problems Lewis had with the car earlier this season he could be in trouble later on? And end up having to take penalties to get him through races by changing more and more bits. That's got to be a worry?

No doubt though that if Nico wins it, it really won't be the champion who's the best actual racing driver.

More classic moments between Lewis and Rosberg after the match. Cracks me up their relationship.

What became of the Rosberg investigation?

What became of the Rosberg investigation?

Another win for Hamilton. Fairly dull race though.
R

Dull race but I'll take that all the way to the end of the season if Hamilton wins the title again. Would be a disgrace if Rosberg wins it. Today was another example of that. If the roles were reserved I'm convinced Hamilton would have overtaken him.

Why would it be a travesty or disgrace if Rosberg wins the championship?
R

Because the drivers champion should be the best driver. Rosberg isn't the best driver. He's won races when Hamilton had had reliability issues or the team have messed up his chances. In wheel to wheel racing he can't hold a candle to Hamilton.

Hamilton is the better driver, but for me, whoever wins the Championship is deserving of the title.
R

OK that's fair enough and that's your view. I don't agree but again that's my view.

Rosberg just happens to be in a car that's a lot quicker than any other team on the grid. So really it comes down to his battle with Hamilton... And pretty much every time he comes off second best so if he does win it I won't give him an ounce of credit. Unless in the remainder of the season he pulls out some unbelievable maneuvers and beats Hamilton hands down. But given he's not managed that so far I doubt he will.

Six wins out of the last seven races for Hamilton. 19 points clear going into the summer break.
R

That's significant I think because he could take a engine penalty in the first race back and give himself so much time to make up the ground. Had Rosberg won it would have been tricky to know when to take that hit.

The start of the Belgian Grand Prix has been packed with incident.
R

And now it's stopped due to the latest incident... Might be good news for Hamilton this!

Hamilton is now 33 points with only four races remaining.