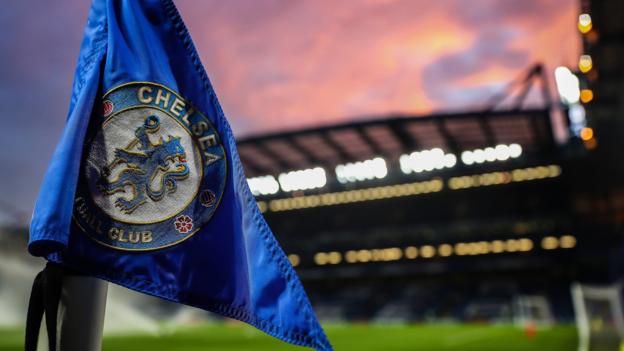 Chelsea have been banned from signings during the next two transfer windows for breaching rules in relation to youth players, Fifa announces.

Chelsea have been banned from registering new players for 2 transfer windows.

Normally an appeal gives you an extra window to get your house in order so they might get this summer to sort things out.

If they don’t they’re in huge trouble as they have loads of players out of contract in 2020 who need to be moved on this summer and replaced.

Will it finally force them to give youth a chance?

If the ban is enforced for this summer it may be curtains for Sarri as he needs players to play his way.

They’ve confirmed they’ll appeal. You’d imagine the appeal process will be dragged out to ensure they get this window to put things in place

Yeah the appeal is normally just a delay tactic although Real Madrid were the last club to be done for this and on appeal they had ban reduced to 1 window.

If it is reduced the ban must be a summer window as being banned from buying in January isn’t really a punishment.

Hazard will definitely leave in the summer I think that certain, but they need a big clear out, maybe even Kante will become unhappy with his new CAM/RM role but they have a lot of players who don’t fit the bill, similar to us to be fair

Chelsea transfer ban will be in place whilst the appeal is on going.

IDFD said:
Chelsea transfer ban will be in place whilst the appeal is on going.
Click to expand...

Sounds like FIFA have had enough of teams abusing the punishment they know they're banged to rights on it just delay it so they can sort stuff out.

If CAS don't step in they really are in big trouble as this summer was vital for them I assume with these rules in place they can't even bring players in on loan.

Massive opportunity for the youngsters at Chelsea though.

Chelsea take their appeal against a two-window transfer ban imposed by Fifa to the Court of Arbitration for Sport.

So they've appealed but the appeal probably won't be heard before the window closes what happens at that point if they win can they sue Fifa for damages?

Guess it's a last ditch punt in hope that FIFA may postpone the punishment until CAS hears the case.
R

Chelsea desperately need this ban to be delayed. It's a squad in major need of additions and a team who's just lost their best player plus likely their manager. What top manager is going to want to go there with no ability to make the team their own?

RichH2016 said:
Chelsea desperately need this ban to be delayed. It's a squad in major need of additions and a team who's just lost their best player plus likely their manager. What top manager is going to want to go there with no ability to make the team their own?
Click to expand...

Apparently if CAs can’t hear the case it gets postponed automatically but they are given power to extend the ban if the appeal fails and the likelihood is it will because they have broken the rules and they know it just like the Spanish clubs did.

Rumour is they’re going after Gracia from Watford, Nuno from Wolves and Lampard as the outsider.

Chelsea are big payers so they will attract people they took Sarri from Napoli with no CL football for example and Allegri is on the market Italian managers are notorious for being good problem solvers they’re all very flexible tactically so they can make use of an existing squad. Sarri is a contradiction to this he was one of few Italian managers totally wed to one idea on how the game should be played.

Transfer ban lifted. They can sign in January. Will be interesting to see how much they do as usually it’s a quiet window.

IDFD said:
Transfer ban lifted. They can sign in January. Will be interesting to see how much they do as usually it’s a quiet window.
Click to expand...

Well they kind of signed 2 players while under a ban in Pulisic & Kovacic.

I don't really see them doing much to be honest doesn't feel like they really need anything desperately think it's more likely we might see a few people go out now that the kids have proven themselves as first team options they might try and drop a few high earners off the wage bill.

Rumours they’ll be after Sancho and Chilwell.

I can see them going for a left back but don't see them getting Chilwell in January unless they want to pay a ridiculous price say £60m which would be a new record fee for a full back.

Sancho is a strange one as they've already got Pulisic, Willian, Pedro & Hudson-Odoi for the wide positions so unless one of them is going where does Sancho fit in unless they've lined up a move for Willian or Pedro to leave and again you are talking £100m plus for Sancho.

Think they will be linked to every player under the sun now. I doubt they will sign anyone at all unless someone amazing becomes available. For their transfer ban they still have a pretty strong squad. Guess maybe if Giroud leaves they could bring someone else in but that’s about it.

They are back in the CL this season so there probably is money that they can spend if they want but I don't get the vibe from Lampard that he'll be demanding more players they're in a nice position so I doubt he wants to rock the boat to much.

There's also going to be big competition for Chilwell and Sancho the reports are Chilwell is high up on City's list for the summer as they've lost patience with Mendy and Sancho is being touted to everyone as it sounds like Dortmund might cash in on him this summer as they've started having a few issues with him.

Chelsea have released a very damning statement regarding FIFA

Chelsea Football Club has today been notified by the Court of Arbitration for Sport (CAS) that its appeal has been successful. The transfer ban imposed on Chelsea has been reduced to one window, which has already been served, and Chelsea is therefore free to sign players in the January 2020 transfer window.

Chelsea is grateful to the CAS for the diligent approach that it gave this matter. The club has not yet received the written reasons for CAS’s decision but wishes to make the following clear:

1. The approach taken by FIFA to this case has been deeply unsatisfactory, not least as FIFA chose to treat Chelsea entirely differently to Manchester City for reasons that make absolutely no sense to Chelsea.

2. FIFA accused Chelsea of having breached Article 19 of the FIFA regulations in relation to 27 players, covering the period from 2009 onwards. Of those, 16 players were registered by Chelsea in exactly the same way as other Premier League clubs registered players at the time. Furthermore, Chelsea sought clarification from the Premier League in 2009 about whether it needed to apply for permission to register players in this category. The FA subsequently liaised with FIFA and it was confirmed to Chelsea that players in this category were entitled to register and that no special application was required (and in fact no special application process existed). Accordingly, the fact that FIFA brought charges against Chelsea for this category of player was perverse. We are grateful that this appears to have been corrected by the CAS.

3. In relation to the remaining 11 players, Chelsea’s position was as follows:

a. Six players qualified for one of the exceptions set out in the FIFA regulations. As a consequence, to the extent there was any breach in relation to these players, the breaches were of a procedural nature only.

b. With respect to the remaining five players, FIFA’s position was that it “deemed” these players to have registered prior to any application for registration being made. Chelsea maintains, as was held by CAS in the Real Madrid case, that the FIFA regulations do not cover a concept of “deemed registrations” and accordingly it is not open to FIFA to “deem” that registrations were made before they were in fact made.

4. Chelsea respects the importance of the work undertaken by FIFA in relation to the protection of minors and has fully cooperated with FIFA throughout its investigation. However, if FIFA continues to impose inconsistent and unequal sanctions on clubs then it will not only undermine the very purpose of the regulations, but it will also bring into doubt the game’s confidence in FIFA being able to appropriately regulate this important area.
You must log in or register to reply here.